We were absolutely overwhelmed by the love and support from our first ever Scala and Programming Conference at the end of last week. But it doesn't have to end there below are all the speakers slides from the day, so if you missed out on the day or was too busy chatting away in the 'meet the speaker's rooms' and missed a bit of the next talk don't worry because you can catch up here!

Maintaining Software Architecture in Haskell by Pawel Szulc
This talk is perfect for Developers who are interested in seeing Haskell being used as a general programming language. Engineers who are hoping to see Haskell as an environment in which they can quickly and effectively iterate between requirements, design and running executable code: providing value to the business with an immediate feedback loop.

Monocle 3: A Peak into the Future by Julien Truffaut
Optics is a popular topic among library authors; they exist in at least four flavours in Scala: Monocle, Quicklens, Shapeless and Scalaz. Yet end-user applications rarely use them. 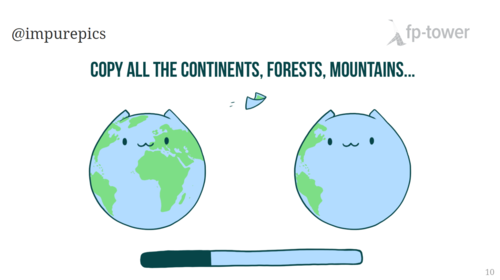 ZIO provides a variety of features for building synchronous, asynchronous and concurrent applications.

Building IntelliJ IDEA plugins in Scala by Igal Tabachnik
IntelliJ IDEA is a popular IDE for Scala developers for writing code and staying productive. It supports many frameworks and libraries out of the box, but what if it could support yours? The IDE can be a guide to new (and even seasoned!) users of your library to help avoid common pitfalls and gotchas.

Typeclass derivation in Scala 3 by Chris Birchall
Type class derivation is one of the most exciting new features of Scala 3. In this talk I'll explain how library authors can use it to make life easier for their users.
The Joys of (Z)Streams by Itamar Ravid
Streams are a declarative, high-level abstraction for representing many types of programs. In particular, purely functional streams built on top of effect monads are a joy to use for constructing performant, resource safe and concurrent applications. ZIO’s ZStreams library offers a rich and compositional interface for working with functional streams, transducers, and sinks.
​
​​
Modularity: A Retrospective by Dean Wampler

Object-oriented programming promised us reusable, modular, component software. We were going to have exchanges where you could buy and sell components, like we buy and sell soybeans and steel beams. Instead, we got artisanal, small-batch, quirky, and non-reusable spaghetti code. What went wrong?

The many faces of modularity by Eric Torreborre

Functional Programming is on the rise and many programmers fall in love with the idea that they can build well-behaved programs from small, well-understood, functions.

The many faces of modularity from Eric Torreborre

FP to the min by John De Goes
In 2018, John A. De Goes did a live coding session for the Functional Programming Group entitled, “FP to the Max”. Watched by tens of thousands of Scala developers, the video helped many understand the benefits of the total, deterministic functions. Yet, due to its use of type classes, higher-kinded types, and implicits, many developers were wondering: is this style of programming practical? 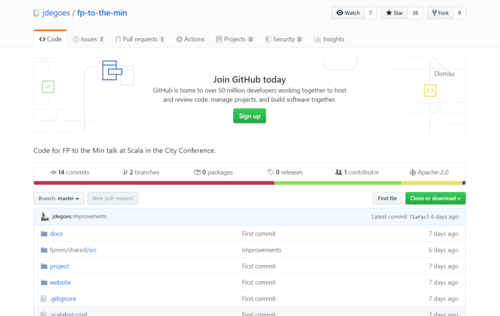 0 to 100 with ZIO Test by Adam Fraser
We’ve written our application, we’re ready to show it to the world, but oh no! We need to test it! Don’t worry! ZIO Test to the rescue!

​
Functional Effects Systems to the Rescue by Michael Arnaldi
In this talk I am going to introduce Matechs-Effect, a fully functional effect system for TypeScript heavily inspired by ZIO. Matechs-Effect allows you to do asynchronous and concurrent programming, dependency injection and much more in a fully type-safe and low boilerplate manner. 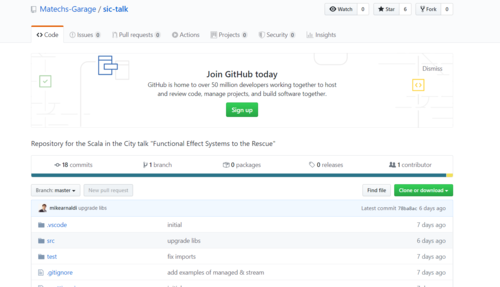 ​
Keep your projects across your company free of vulnerabilities and consistent by Leo Benkel
Leo is going to introduce an open source sbt plugin: Soteria. Soteria allows you to configure what scala version, sbt version, libraries are allowed to be used in your projects and can block compilation for not compliant projects. Soteria also packages all the tools to enforce code styling across your company, as well as test coverage and fat-jar assembly. An all in one solution for security audit and consistency across the board among all your Scala projects at your company.
​