Thinking of relocating to Zurich, Switzerland?

Working in programming allows you to move to almost anywhere in the world and use your specific skill set in specialist roles. Most big companies, especially those that are e-commerce based or have built their own platform, need skilled developers and engineers. So where would you like to go next? What about...

We take a look at the average salary for engineers and developers in Zurich. We also discuss the other aspect of life in Zurich that may impact your decision to make the move but first have a look at the graph below to see the salary you might expect for your current level. As you can see in the graph below Lead Software Developers seem to be the highest-paid position at 150,000(CHF) a year but Junior Developer's salary is not that far behind at 100,000(CHF) a year. 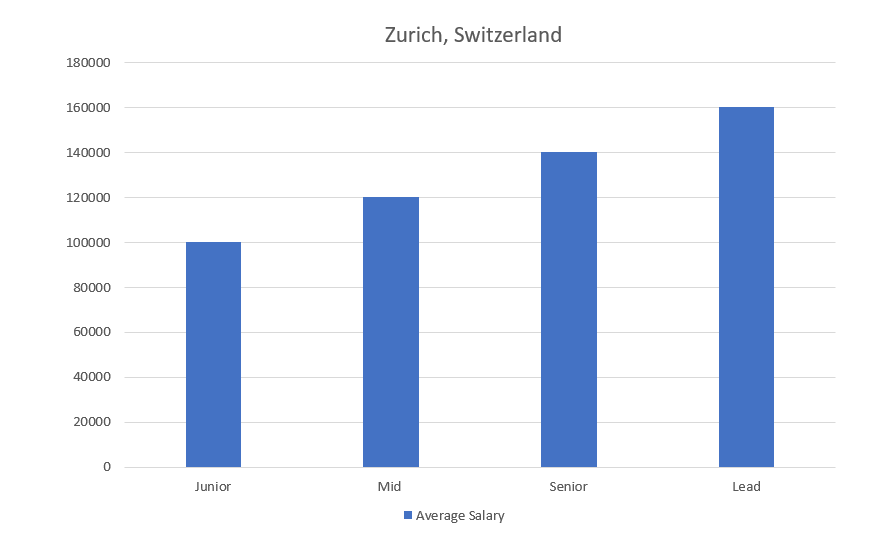 Zurich is Switzerland's global center of finance and banking but it is also full of culture. There are the picturesque towns of the old town, Altstadt and the waterfront promenades like the Limmatquai which line the river. There are also many historical buildings like the seventeenth-century town hall (Rathaus) or the twelfth-century cathedral (Grossmunster). The Museum of Art holds pieces from the 1200s and features works by symbolists Ferdinand Hodler, romantics such as Henry Fuseli and contemporary artists like Rist and Fischli.

The city lies just at the north end of Lake Zurich, which is a big feature in the city's landscape. The city is situated in the northern half of Switzerland and has direct train links to Adlisberg, Uetliberg and Kaferberg mountain ranges, making it the perfect destination to enjoy city life with the ability to escape to the fresh air peaks any time you choose. In fact, since 1875 it has been possible to catch the train from the center of the city to the summit of Uetliberg Mountains summit. This also makes the water in Zurich of excellent quality and you may swim in outdoor pools or badis as they call them, around the city. 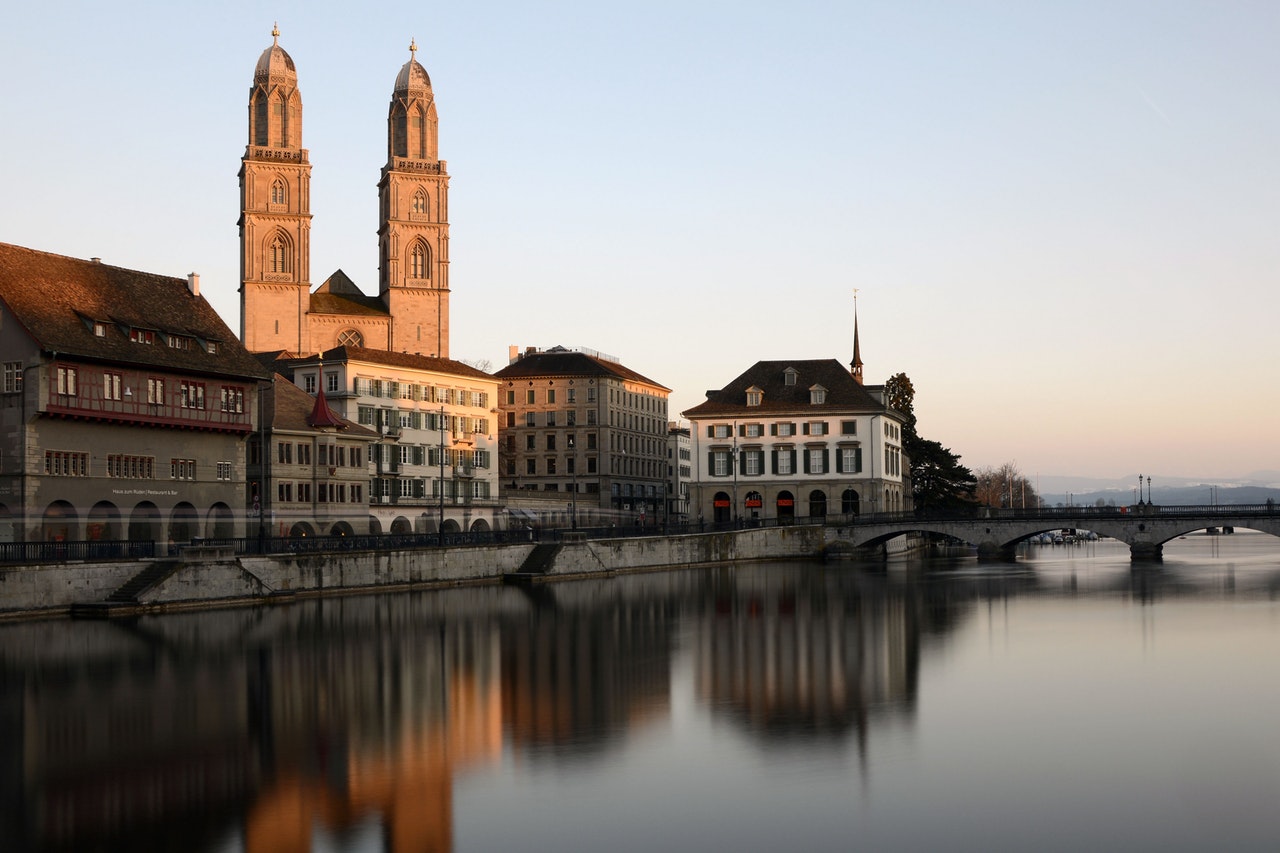 Zurich is a luxury place to live this does not exclude the new, upcoming neighbourhood of Niederdorf. You may even want to consider moving to this area of Zurich, as it is a car-free cobbled area with an exciting and young atmosphere. It has designer shops, trendy boutiques and cool bars.

Zurich's wealth shows the most on Bahnhofstrasse street, lined with designer shops, this area is also car-free and the chosen form of transport is the tram. Here you may also wish to visit Spungli confectionary shop and cafe, which is famous as the place where the upper classes have visited for coffee and pastries since the early nineteenth century. However, the wealth of the city is not shallow or only surface deep Switzerland has one of the highest standards of living in the world. While to counter the expensive living costs, Switzerland is well known for having low tax rates.

Switzerland also has the second-highest life expectancy in the world and is joint first on the Bribe Payers Index, which means it has a very low amount of business corruption in comparison to the rest of the world.