Are you slightly confused by functions?

What are functions in programming and how do they relate to functional programming?

Have all your questions answered in this handy article by Marco Lopes!

'In this chapter we’re going to try to establish what functions are, how they’re defined differently in different domains and what do we mean by function in functional programming.

In programming, the idea of function differs greatly from the idea of a function in mathematics, so let’s first try to establish this difference. 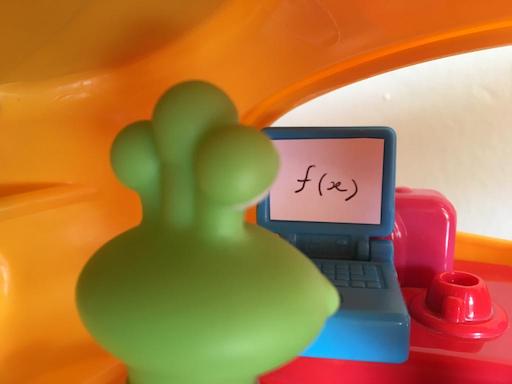 In programming, what is normally called a function is a subroutine. This basically means it’s a (somewhat) closed code block containing sequences of language instructions. These functions can take parameters and can return values, which might be solely based on the input parameters or not. An example of this, using Scala, could be (please ignore all the horrible ways this code could go wrong, the deprecation, and all the unnecessary steps that exist here for the sake of simplicity and example):

This would read some input from STDIN, convert it to an integer, add 2 to it, and then print it to STDOUT.

Because the objective here is to learn about FP, not maths, I’m going to try to focus on how they differ from the concept of function that developers are more familiar with, rather than anything else. In maths, functions are mapping from a set o values to another set of values. This boils down to being an expression that can be reduced to a value, by applying the parameter values and reducing the expression. A representation of this, in programming, using Scala syntax could be something like:

What this implies is, if you replace 'x' with a value, let’s say '2', you can perform variable substitution in the expression, which gives you '2 + 3', and then you can reduce it, which will give you a value, '5'.

In our first example, we see that we have a sequence of instructions, while on our second example we have only a single expression. We also see that for 'println', we don’t even care about its return value, and furthermore for 'readLine' we don’t depend on the input parameters but rather on run-time user input. This means that there’s a lot of things going on in our programming function that couldn’t happen in the maths definition of functions, it being a mapping between sets of values.

This brings us to the difference between an expression and a statement.

Well, there’s really not a lot to say about this at this point. In 'x + 3' we can replace the variables by the function parameters, and reduce the expression by applying the operations on the values until we have a single value. In 'println(s"$x plus $y is {$n.toString}")' we’re giving an instruction to perform some output, we can’t apply variable substitution, reduce it, and in languages that actually implement it as a statement get a value out of it (Scala does return a value and implements it as a function, but more on that on the next chapters). The former is an expression, the latter a statement.

Why is this distinction useful?

I’m glad you asked. There’s a number of reasons why this distinction is useful, let’s talk about some of them.

If you can apply variable substitution and reduce an expression, and nothing else, this gives you a very powerful tool to reason about that expression. Armed with this knowledge, you can establish the mapping between the input and output values. This is not true for statements, as they might depend on third parties (such as user input), or not even do a mapping at all.

The previous property also gives you what’s often called local reasoning. If all you can do is apply variable substitution and reducing by applying the operations in the expression, you don’t need to keep other parts of the system in your mind. Again, this is not possible with statements because they depend on the outcome of the instruction given by the statement.

This one might be a hard one to understand if you’ve not come across this sort of thing before, but bear with me for a second.

Let’s say you have the following expression:

Let’s also say that you know that 'x = 5' but you don’t know the value of 'y'. You can still apply variable substitution, and so you get '5 + 2 + y'. But if you look at the resulting expression, you might see that we can still do some reduction by applying the '+' operation, resulting in '7 + y'. Because you still don’t know 'y', you’ll have to stop here. This means that by reducing an expression you can also get a simpler expression, not just values.

Every input maps to an output

If an expression can always be reduced into a simpler expression or a value, it means that we know that there’s never a situation where we get nothing out of an expression. This might sound like a no-brainer, but being able to know that we always get something that we can use, is an important property that we can rely on.

Expressions are combinations of values and operations on those values, which can eventually be reduced into other values. This means you can create more complex expressions by composing simpler ones (ex: '2 + (5 * x) - (2 / y + z)').

This is where statements come into. If an expression allows you only to perform variable substitution and operation application, then you can only transform them into simpler expressions or values, but you can’t make them cause a change in the world.

We see by the previous examples, that in general, in programming languages functions can be made of expressions, statements or combinations of both.

In Pascal, there used to be two types of subroutines, the function and the procedure. The main difference between the two, is that functions have a return value and procedures don’t. Most languages don’t make this distinction and just return 'void' instead. While not enforced in any way in Pascal, it is useful to think about why functions that have a return value are so different from the ones that don’t, that would warrant these two constructs.

It seems like procedures fit better with the model where we chain statements to perform actions, and we don’t always (sometimes we do want an exit code or similar, but more often than not, the last statement’s output is ignored) really care about a return value (look at our 'foo' function, we don’t really return anything useful out of it), while functions fit better the model where we define expressions and map from the input parameter values to the output values.

The lack of a first class construct to distinguish between those two different things, is a huge hindrance in making developers aware of this difference. Languages like Haskell address this difference in a way that we’ll look into in the next chapters.

As a side note, these procedure like functions with no return type, usually expressed through 'void', are usually handled through the type system in typed functional languages, by returning a value of type 'Unit', which represents a type that can have a single value (unit), and therefore carries no information.

How does any of this relate to FP?

Remember on the previous chapter I said that FP is all about injecting functions? Well, turns out that if your functions are made of these expressions that depend only on the input parameters to generate their output, then your functions also inherit those properties I described above (easy and local reasoning, allow partial application, can be trusted to return something, and are composable). This means you can build complex behaviours by composing smaller functions with simpler behaviours while being able to reason about each of those functions individually.

But then, how can I make the computer actually “do things”?

In most functional languages, functions are not inherently made exclusively of expressions (they are in Haskell where functions are a single expression but it provides constructs where it lets you set up auxiliary values/expressions).

In most functional languages you are encouraged to separate functions that perform these actions and push them to the edges of the system. This is, again, not unlike the popular OO strategy when doing Domain Driven Development, of modeling input and output sources as interfaces at the boundary of the system.

In Haskell, this is addressed explicitly, and by default you can only perform these actions inside of something called an effect system (Scala also has a few effect systems available via 3rd party libraries namely cats.effect.IO and ZIO). Effect systems are part of what makes functional programming so powerful.

However, effect systems are outside of the scope of this chapter, and will be addressed in a later chapter.'

This article was written by Marco Lopes and posted originally on marco-lopes.com