The Case for Exceptions? by Marco Lopes

When do exceptions come into use?

Scala Software Engineer, Marco Lopes has specific situations where they come into play such as in Scala, if you’re using cats.

What are the benefits of them? Check out Marco's article to find the case for exceptions.

I’m not keen on exceptions. When it comes to writing code, there are not a lot of situations that can be considered exceptional, and certainly a lot less than one would think when looking at the amount of exceptions thrown by the average code-base.

Expected error situations are better handled through the type system, and the act of throwing creates this whole orthogonal flow to the one created by the call tree of a programme. Also, if you are aware of a possible runtime occurrence, then, there’s nothing exceptional about it, and you should handle it through the flow of the programme. 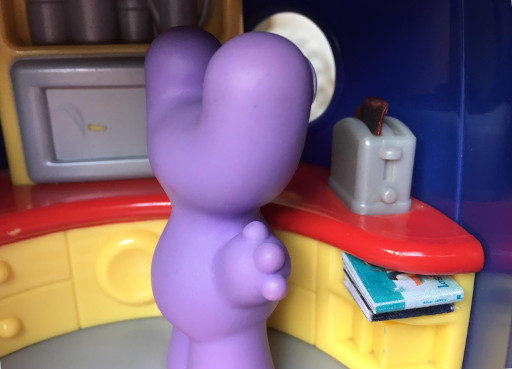 In order to ensure type safety, values that are usually represented as integers, are made safe using 'refined' types. So, for example, if you want to create an 'Hour', you can do it by calling the constructor that accepts a refined 'Int Refined Interval.Closed[W.'0.'T, W.'23'.T]' (type aliased to 'NumericHour' in the library, for brevity and expressiveness), and this will yield an 'Hour'. Optionally, you can create it from an 'Int', and because you can’t guarantee that an 'Int' is a valid hour, this constructor will yield an 'Option[Hour]'.

Up to now, everything is good, and we can handle things through the type system. But lets now talk about 'Month'. Months are represented by case objects, named after each month, I.E 'January', 'February', etc…, all extending a 'Month' trait. Now, the interesting bit here, is that it also makes sense to represent months as integers, because in our daily lives, we also refer to months as 1 to 12. So, we follow a similar pattern. We have a 'fromInt' constructor that returns an 'Option[Month]', and so if we call Month.fromInt(1), we get 'Some(January)'. And then we have the constructor that creates a month from a refined type, 'Month(numericMonth: NumericMonth): Month'. Fortunately, you can pattern match on refined types, so we can write a somewhat elegant solution for this problem.

I say “somewhat”, because even though we can pattern match, it is unlikely that this match is forced to be exhaustive, given that we’re matching on 'Refined' of 'Int', which there’s an infinity of possible values for (technically limited by the size of Int). It is then possible that a value would be generated that we’re not matching against, because it would not yield a valid month. While technically there’s no way that we’re ever going to get a value of 'Refined' of 'Int' that is invalid, because refined makes sure of that, theoretically we could still get an invalid value, if either we failed to define the right refinement for month, of if refined happens to have some bug.

If our refined type is defined correctly, and there’s no obvious bug on refined, then we know for sure that we’ll get a valid number between '1' and '12'. Given this situation, then it makes sense to assume we can do the following, where 'NumericMonth' is 'Int Refined Interval.Closed[W.'1.'T, W.'12'.T]':

Here, we’re not accounting for any of the possible integers that are not '1' through '12', so our program can effectively throw an exception at runtime. We could make this returns an 'Option', have a default match for invalid integers, and return 'None' for those cases. But, since we know our integer value comes from a refined type that only allows for values between '1' and '12', and therefore we can only have valid integer values for month representation, we would have semantic dissonance. In other words, the semantics of 'Option' is a type that represents the existence of 0 or 1 values, but we have a situation where 'None' cannot occur, so there will only ever exist 1 value.

Let it be Exceptional

At this point, I would argue this would be a valid use case to let an exception to happen at runtime. We don’t want to expose this semantic dissonance to the library users, so we should ignore the impossible code paths, and keep them contained in our abstraction. By doing this, we are risking an exception to happen, but this code path that causes the exception should not be possible to trigger, so if it does, we have in fact an exceptional situation, which indicates there’s a bug either in our code, or in refined.

Another benefit of allowing this exception, is that it also doesn’t hide a possible bug. If we return an 'Option', client code will handle the dissonance, so they’ll expect cases of 'None', but if we don’t, then the client code will immediately show that something went wrong. At this point the library user can let us know so that we can fix it (or better yet, they can make a pull request ;) ).

This is, in my opinion, the reasonable use for an exception, to deal with a code-path that can’t be prevented, but should never be triggered. If for some reason it is triggered, that’s really exceptional, and we want to know about it. Anything else, is using exceptions for control flow, and it’s a design smell and as to be used wisely as it strongly affects the maintainability of a codebase.'