'Scale by the Bay inspired me to grow, learn, challenge' by Megan Lee

One of the things we love most about sponsoring conferences is giving those in the community the chance to attend unreal functional programming events globally. Scale by the Bay is an iconic, independent developer conference so to give back to the FP world we gave 5 engineers the opportunity to attend, one of which was Software Engineer, Megan Lee. Megan kindly has sent along her takeaways from Scala by the Bay, check it out and get ready to book your ticket for next year! 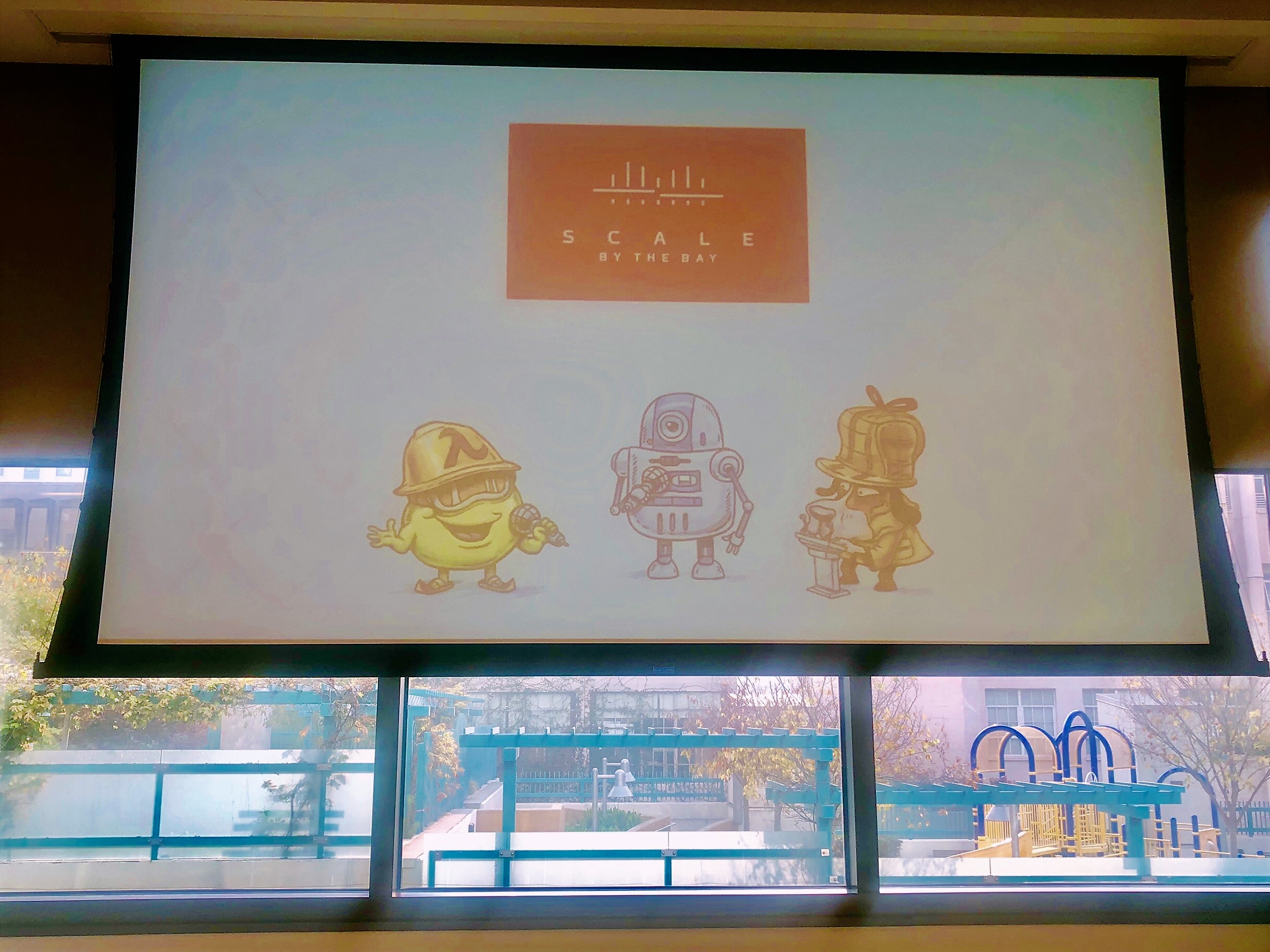 It was a great opportunity to attend the Scale By The Bay, a 3-day event held in San Francisco between 11/15/2018 and 11/17/2018. First of all, great gratitude for Signify Technology for sponsoring me for the meeting. As a Scala developer as well as a data engineer for several years, I personally have a great favor to functional programming, building scalable data-intensive applications, streaming systems, applied machine learning technologies etc. The Scale By The Bay event just fit my interests perfectly. I had lots of fun and met lots of old and new friends.

One of the highlights of the events was the keynotes and discussions among panel presenters. We got the honor to meet the inventor of Scala himself - Martin Odersky and heard his delivery of new features in Scala 3 which will be a big step towards a better fusion of object-oriented and functional language in a typed setting. Then Neha Narkhede, one of the creators of Kafka, as well as CTO from Confluent, gave a deep dive into the rise of event-driven microservice trend and Kafka's big role in contributing to the trend. And it was such a great fun and pleasure hearing the discuss and debate among the panel later in the day, for instance, Panel II: Data Engineering and AI give me so many insights into how machine learning and data has shaped and will be shaping the industry.

I also got to learn how some of the technologies that I've personally been tracking for a while got applied in real projects. For instance, the Apache Beam programming model, which is a breakthrough of bringing the gap closer between batch processing and stream processing with a unified programming API, has been well taken in the industry. The talk, Scio data processing nirvana at Spotify, given by Bram Leenders and Julien Tournay, introduced a Scala version of the Beam model - Scio, I was amazed to see how Scio has shortened the size and developing time of the data infrastructure team, since functional and type-safe code is easy to reason about, test and refactor which raised pipeline correctness and developer confidence. Also, Lyft brought their similar knowledge of using Beam model, executed on Flink, in the talk Stream Processing at Lyft with Flink and Beam, to demonstrate their evolution of stream processing pipelines that greatly reduced developing efforts by solving the hard parts of stream processing once for all for the entire company. Besides, you could also get some real in-depth talks from the academic world. One of such talks, as well as one of the most entertaining talks,  would be the Consensus Algorithms in Distributed Systems given by Yifan Xing, she has such great sense of humor and in laughter and great engagement with her polls and exercises, we took the example of choosing a flavor of cake to understand the elusive concepts of consensus protocols such as Paxos and Raft, how they used term number as well as log sequence number to do smart leader elections during a node failure etc.

It was such a great experience for me to be at the event, meet the great speakers who have learned their valuable lessons with scars, and ingest so much wisdom and insights at one stop. The event definitely inspired me to grow, learn, challenge, build nonstop and to become a better engineer. Again, hat tip to Signify Technology, a big thank you for the wonderful meetup. We are so glad you had an amazing time Megan! Stay posted for more reviews on Scale by the Bay.